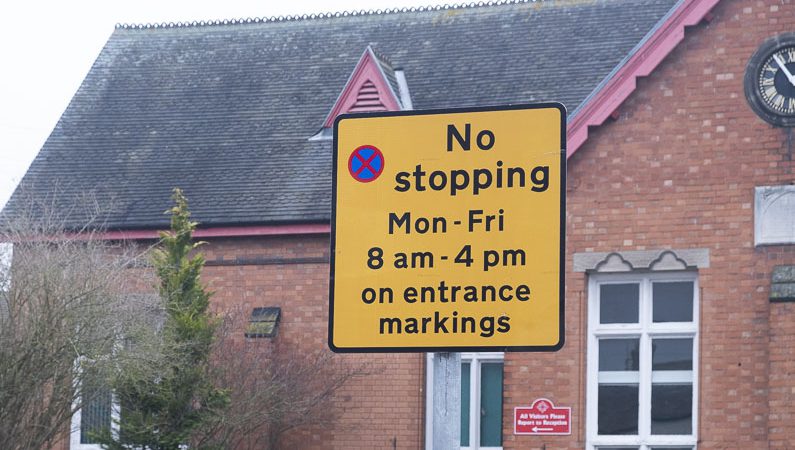 Term time only restrictions can only be implemented with specific dates. The Department for Transport (DfT) doesn’t recommend the use of a restriction at ‘term time only’ as the average motorist won’t be aware of when the term time is.

Near to Loughborough University restrictions have been implemented that operate for part of the year (October-June). This time period allows for changes to the beginning and end of the academic year whilst still being in operation for the majority of this time.

No waiting restrictions and school keep clear markings can operate for part of the day such as during the busiest times of the day (e.g. morning and afternoon) to prevent inconsiderate school parking. This allows for parking at other times for residents and the wider community. This restriction means that a car can stop on a single or double yellow line restriction to drop off or pick up a child without contravening the restriction.

To avoid confusion a standard operating procedure, has been established across the county. This encompasses the varying term times and daily start/finish times. Part year and day restrictions have the same exemptions as the equivalent restriction that operates throughout the year.