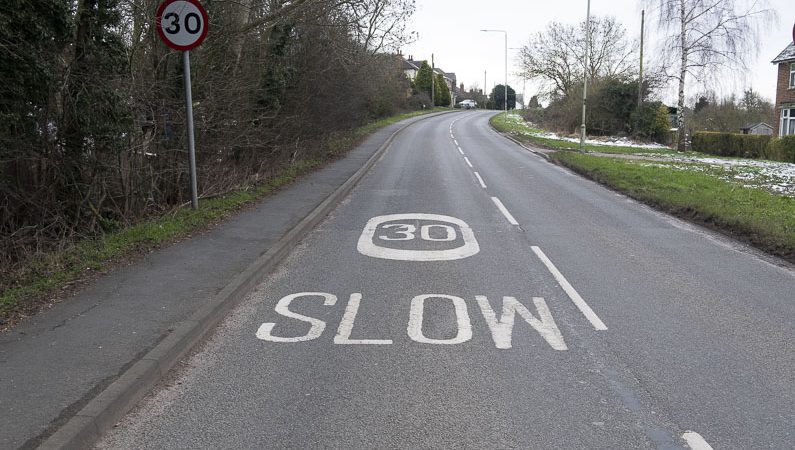 Speed limits state the maximum speed permitted on a given road. The speed limit is displayed at the beginning of the section of road, inside a circular sign. Carriageway roundels are hardwearing markings that indicate the speed limit on the carriageway. The marking is varied to show the speed limit in force and elongated in the direction of travel to compensate for the foreshortening effect.

Carriageway roundels can be: 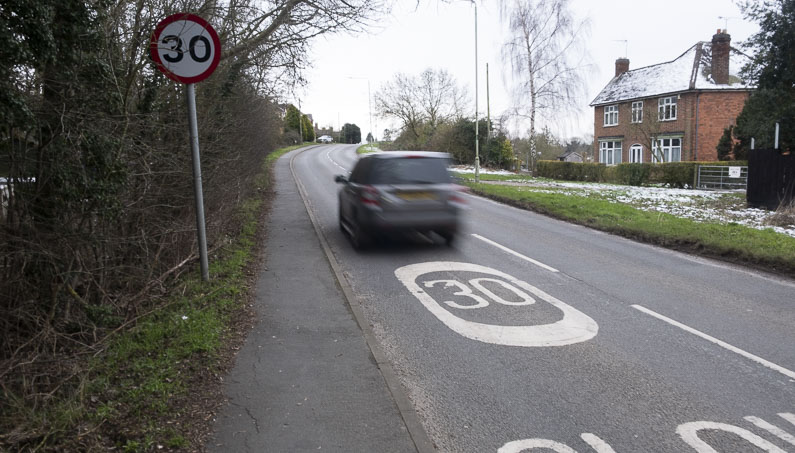 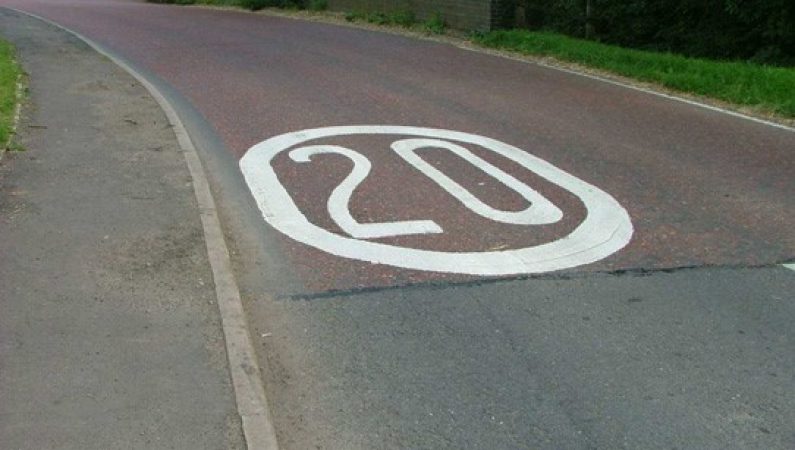 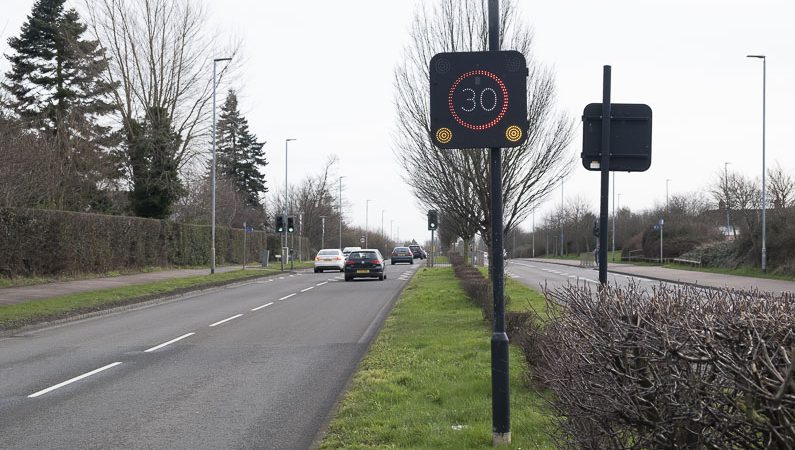